Different students have presented their final degree projects in the framework of COMMANDIA:

“Navigation of mobile manipulators in the ROS environment” by Jorge Playán. 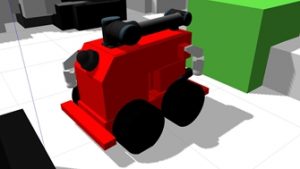 In this Project, the student will become familiar with the interaction between the “Robot Operating System” (ROS) and two different robots (a commercial one, Turtlebot, and another one in development, Campero). The objectives include understanding the ROS tool applied to robot navigation, developing skills for the installation of ROS software on a computer with the Ubuntu operating system, applying the software to the Turtlebot and Campero robots by performing navigation simulations and critically analyzing the results. 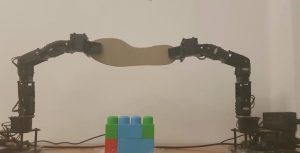 Two robotic arms, PhantomX Pincher 4 degrees of freedom (GDL) will be used to work in a multi-robot system. After their assembly, we will develop the geometric modeling of our robot using homogeneous matrices and the Denavit-Hartenberg parameterization, which together with the inverse kinematics will allow us to plan Cartesian trajectories. A coordinated movement will be developed between both robots, in which they will be in charge of manipulating a deformable solid, specifically by rotating the sole of a shoe.